I have been studying along in the book of Joshua for the last 9 weeks and lately I have been finding parts of it really hitting me hard. Last winter I did an amazing study with a group of friends that focused a lot on the book of Exodus. I had such incredible breakthrough with my anxiety during that study and felt so set free. Where I am in Joshua now is reminding me of the truths we had learned and discussed during that study last winter.

I want to share a little of what I have been learning this last week and attempt to keep it concise. I am hoping I can explain how this has been resonating in my heart even without going into the whole backstory of the book of Joshua as that would get very lengthy!

Joshua was in charge of leading the Israelites to victory in the promised land. Now God had already promised them this land many years ago and was fighting with them, but Joshua was the man leading them in the battle. He was receiving instructions from the Lord and organizing the men on Earth. The land they had to conquer was a WAY bigger portion of land than my childhood brain envisioned when I thought of this Bible story. This was no small feat and no quick little job of faithfulness. Joshua was reassured time and time again not to be afraid or discouraged, that the Lord was fighting for them. But lest you think this was a quick and easy battle, Joshua 11:18 tells us “Joshua made war a long time with all those kings”. I want to remember this in my own battles and valleys; nowhere is it promised it will happen quickly, but victory is promised at the end. Joshua was extremely faithful and extremely obedient (as you can see all throughout the book of Joshua), yet this season of battle was long. And do you know what else is evident here, my obedience will be necessary. Do you remember what happened in Joshua in the the battle at Ai? They lost a battle against a much easier opponent due to sin and disobedience in their camp. The Lord was prepared to deliver this Land to the Israelites as He promised, but it was going to take time and it was going to take their obedience. I want to hear that real loud for myself in my own life and my own battles…the victory will come, but it might take time and it will take my obedience.

Don’t hear me wrong on that. Is God all powerful and able to do anything He wants without our obedience? ABSOLUTELY. However God is looking for our obedience. Just as Joshua had to rid the Israelite camp of Achan, his family and what they had stolen; so I had to rid my life of the sin standing between me and God in order to receive a victory in the battle over my anxiety. God is faithful and just and will forgive us our sins, if we confess our sins. (1 John 1:9)

One other thing that has really been sticking in my head and heart throughout this study is about keeping a record of God’s faithfulness. I love listening to Jen Wilkin’s podcasts that go along with the study I am doing. She can make me think of things I had not thought of before. If you’ve read Joshua, you know parts of it can be a little dry with all the tribal boundary lines explained and long lists of the kings and towns defeated in battle by the Israelites. Jen provided a new take on Joshua 12 for me. This is Joshua’s record of faithfulness. This is the Israelites record of faithfulness. Look at this long list of kings that had been delivered into the hands of the Israelites, just as God had said would be so. This is a record of king after king after king that has fallen due to the faithfulness and the power of God. These kings did not stand a chance against the King of Kings. And this written record of it in the Bible gave generations to come a chance to remember that God does what He says He will do.

The girls and I have been working through a Child’s Book of Character Building which is a Biblical based book on character traits. This last week the trait was “faith” and the book described it as “believing God will do what He says”. How can one ever doubt that God will do what He says when we can look back at a long list of His faithfulness. If the Israelites were to face a difficult battle (as they would), they could think back to all these previous victories and feel confident that the Lord would do what He said He would do. Does this mean we always get our way? It does not. God’s faithfulness doesn’t mean that things always look perfect and easy for us here on earth. But it does mean that, through any circumstances, He is being glorified and He is with us.

So where is my record of faithfulness? I am sad to say I haven’t really written one. I have lots in my head, but haven’t put much on paper. I want a list to look back on, when the waves start to creep up high and the feelings of drowning come on, to remember GOD IS FAITHFUL TO DO WHAT HE SAID HE WOULD DO.

And more than that, have I provided this for my children? Have I showed them and talked with them about how God has been so faithful to our family? Have I taught them to look for His faithfulness in their own life?

So as you go about your day, I ask you – what is the sin or the battle that you feel like is too powerful? Do you have a list of God’s faithfulness in your life? If not make it today. Make that list and look back and see what He has done for you and trust that He will do it again. (This doesn’t mean you get your way or even necessarily the answer you are hoping for. But it does mean that He is in control and He will do what He has promised for you. He will eventually bring His family to heaven and we will see no more suffering. His way is best and He is asking us to trust His faithfulness in that.)

So let’s write our lists of faithfulness! Let me know when you have! 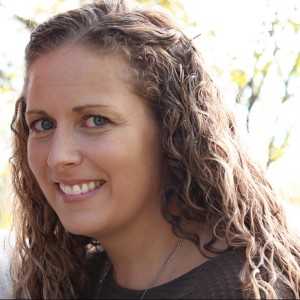 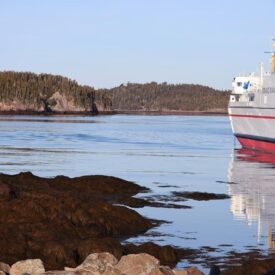 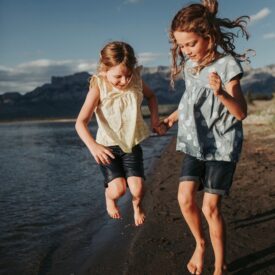 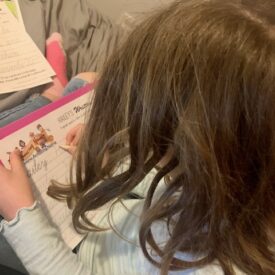 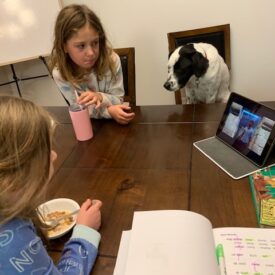 Hi I am Kristin Stewart. I consider myself so lucky to be a homeschool mommy! Before I was a mother, I was a teacher in both public and Christian boards and I loved teaching so much. However, once my first daughter was born I knew God was calling me to be at home with her. So when it was time for her to start school, homeschooling was a natural fit for us. Read More…

✨better together✨ Another week of school done

Homeschool perk- the freedom to travel. Packed up

Starting our study of Numbers today for Bible time

Cheers to the other mamas just finally getting the

All About Reading tip: give them last years reader

We had a great hike adventure on this beautiful sp

A look through, and long explanation of, Learning

Sharing the math manipulatives I used today in my

Read with your kids! 👏🏻Read to them. Let the

What a great fsmily hike today to the southern tip

Mystery of History Level 1. This is the history p

Merriest Christmas from our house to yours!! Looki

Grumpy mom goes to the beach. If you hear report

One row of carrots and a few onions harvested. Abo

I accidentally cut myself off! Here is part 2! I a

Showing the rolling cart we use for school this ye

Fill out your info to be notified of what is new around here!